Free shipping on every $30+ order

Search anything by typing

AB LIPSIES DIAMOND CONTEST (Contest) is sponsored by Groupe Marcelle Inc. (Sponsor). The Contest begins on November 7, 2016 at 00:00:01 Eastern Time (“ET”) and ends on November 26, 2016 at 23:59:59 ET (the “Contest Period). The clock used by Sponsor to compute the Entries (as such term is defined below) will be the official clock to determine the date and time of receipt of an Entry.

The Contest is open to all legal residents of Canada who are fourteen (14) years of age or more at time of entry. If an entrant is a minor, as defined by the jurisdiction of the entrant’s primary residence (“Minor), permission of a parent or guardian is required to participate in the Contest. The following persons cannot participate in the Contest: officers, directors, shareholders, employees, agents and/or representatives of Sponsor or its affiliates or related companies, advertising agencies, licensees, franchisees, partners, retailers, distributors and/or any other party related to the Contest. Also, any member of the immediate family of the persons mentioned in this section and any person living with them under the same roof (whether or not a member of their immediate family) cannot participate in the Contest. The term "immediate family" means fathers, mothers, brothers, sisters, children, husbands, wives or spouses of the persons mentioned in this section, regardless of where they live.

To enter the Contest: (i) visit Annabelle’s Facebook page at [insert link in English] and (ii) post and complete the sentence “I am a diamond because…” on the Annabelle Facebook page Timeline. As such, you will receive one (1) entry into the Contest. All entries in the Contest will be referred each as an “Entry” and collectively, as the “Entries”. Participants agree to comply with Facebook’s rules and policies located at: http://www.facebook.com/policies.

LIMIT: limit of one (1) Entry per week per person during the Contest Period, and that as long as the Participations for a same person are different.

The entrant must submit each Entry personally. The entrant may only use one (1) Facebook account in connection with this Contest. Photocopied, mechanically reproduced, forged or altered Entries are void. Sponsor is not responsible for lost, late, undelivered, invalid, unintelligible, incomplete, misdirected, illegible, or damaged Entries, which will be disqualified. Entries become the exclusive property of Sponsor and will not be returned or acknowledged.

Any attempt by any entrant to obtain more than the stated number of Entries by using multiple email addresses, social media accounts, identities, registrations and logins, or any other methods will void that entrant’s Entries and that entrant may be disqualified at Sponsor’s sole discretion. Use of any automated system (including but not limited to, Entries submitted using any robot, script, macro, or other automated service) to participate is prohibited and will result in the disqualification of the entrant. In the event of a dispute as to the identity of any person who submitted an Entry, the authorized account holder of the email address used to enter will be deemed to be the entrant. The “authorized account holder” is the natural person assigned to a social media account by a provider, service provider or other organization responsible for assigning the account for the email address. Potential winners may be required to show proof of being the authorized account holder.

The Prizes and their components must be accepted as awarded and cannot be transferred, substituted or exchanged, in whole or in part, for another prize or for money, unless otherwise agreed to by the Sponsor. Sponsor reserves the right to substitute a Prize by a prize of equivalent or greater monetary value if Sponsor is unable to award any Prize as described in the present Rules. In no way more than the stated number of Prizes will be awarded.

Within the two (2) days period following the draw, the potential winners of a Prize will be notified in the comment field associated with the Entry on Facebook. In the event that, for any reason, Sponsor cannot contact the selected entrant within a seven (7) days period following the first notification, the selected entrant will be disqualified and Sponsor may, at its sole discretion, proceed to a new drawing amongst all eligible Entries received to identify another potential winner who will be subject to disqualification in the same manner. Sponsor will arrange for delivery of the Prizes by regular mail.

To be declared a winner, the selected entrant must: (i) respond to the selection notification within the time period described herein; (ii) correctly answer, without assistance of any kind, whether mechanical or otherwise, a time-limited mathematical skill-testing question administered at a mutually agreeable time by telephone; and (iii) otherwise comply with these Rules. If it is impossible to respond to these conditions, the Prize award shall be cancelled and the Prize may be attributed to another participant, who will be subject to disqualification in the same manner.

7. LIMITATION OF LIABILITY AND RELEASE.

By participating into the Contest, entrants agree to release and hold harmless Sponsor, its affiliates or related companies, advertising agencies, licensees, franchisees, partners, retailers, distributors and any other interveners related to the Contest and each of their respective officers, directors, shareholders, employees, agents, representatives, successors and assigns and Facebook (collectively, the “Releasees”) from any and all claims, cause of action, or liability, including, without limitation, any injury, death or damage to or loss of property, resulting from the participation in the Contest or misuse of any Prize.

Without limiting the generality of the foregoing, the Releasees shall not be liable for any: (1) incorrect or inaccurate information, whether caused by entrants; or an error related to the programming of the Contest; (2) technical failures of any kind, such as in particular, hardware or software errors; faulty computer; any malfunctions, inaccessibility of the Contest website in whole or in part for any reason; service interruptions or disconnections of Internet networks, telephone lines; garbled, jumbled or faulty data transmissions; failure of any online transmissions to be sent or received; (3) unauthorized human intervention at any stage of the Contest entry process or participation; (4) technical or human errors which may occur in the administration of the Contest or in the processing of Entries; or (5) any harm or prejudice suffered by persons, or any material damages resulting from participation in the Contest or acceptance, use, implementation or misuse of any Prize. If for any reason, it is confirmed that an entrant’s Entry was deleted, lost, or otherwise destroyed or corrupted by error, the only remedy, which the entrant is entitled to, is requesting to obtain another Entry to the Contest, if possible.

This Contest is in no way sponsored, approved or administered by or associated with Facebook. Facebook is completely released from any liability by each of the participants in this Contest. Any questions, comments or complaints regarding the Contest must be directed at the Sponsor and not Facebook.

Sponsor and its authorized agents will collect, use, and disclose the personal information you provide at the time of Entry to the Contest for the purposes of administering the Contest and Prize fulfillment. Winners consent to the Sponsor’s use of their names, photographs, cities, voices, images and/or statements, related to their Prize for publicity purposes in any manner or media including the Internet, at any time, in perpetuity, without compensation or notice.

Please refer to our privacy policy for more information about how we manage your personal information: http://www.marcelle.com/en/privacy-statement/.

If, for any reason, at Sponsor’s sole discretion, the Contest is not capable of running as planned, Sponsor reserves the right, subject to the approval of the Régie des alcools, des courses et des jeux(the “Régie”) with respect to residents of Quebec, to cancel, terminate, modify or suspend this Contest, in whole or in part, without notice or obligation.

Without limiting the generality of the foregoing, if the Contest, or any part thereof, is impaired in any way for any reason or is not capable of running as planned for any reason, including but not limited to infection by computer virus, bugs, tampering, unauthorized intervention, fraud, programming errors, or technical failures, which, in the sole opinion of Sponsor, corrupt or affect the operation, administration, security, fairness, integrity or proper conduct of this Contest, Sponsor may, in its sole discretion, and subject only to the approval of the Régie in Quebec for the residents of Quebec, void any Entry and: (a) terminate the Contest, or any portion thereof; (b) modify or suspend the Contest, or any portion thereof, to address the impairment and then resume the Contest, or relevant portion, in a manner that best conforms to the spirit of these Rules; and/or (c) award the Prizes from among the eligible Entries received prior to the discovery of the issue, in accordance with the selection criterion set forth herein.

Sponsor reserves the right, in its sole discretion, to disqualify from this Contest any person that tempers or attempts to temper with the entry process, the operation of the Contest or the Contest platform/application, who does not comply with these Rules or acts in a manner that goes against the spirit of the Contest or adversely or with the intent to disturb, insult, threaten, intimidate or harass any other person. ANY ATTEMPT BY AN ENTRANT OR ANY OTHER PERSON TO DELIBERATELY DAMAGE THE CONTEST PLATFORM/APPLICATION (OR A WEBSITE LINKED THERETO) OR TO UNDERMINE THE LEGITIMATE OPERATION OF THE CONTEST IS A VIOLATION OF CRIMINAL AND CIVIL LAWS AND, SHOULD SUCH AN ATTEMPT BE MADE, SPONSOR RESERVES THE RIGHT TO SEEK DAMAGES FROM SUCH PERSON TO THE FULLEST EXTENT PERMITTED BY LAW.

All decisions rendered by the Sponsor regarding any aspects of the Contest are final. The Contest is subject to all applicable federal, provincial and municipal laws. The invalidity or unenforceability of any provision of these Rules shall not affect the validity or enforceability of any other provision contained herein. If any provision of these Rules is determined to be invalid or otherwise unenforceable, then the Rules shall be construed in accordance with their terms as if the invalid or unenforceable provision was not contained therein. The paragraph headings are used for reference purposes only and shall not affect the interpretation of the Rules.

11. RESIDENTS OF QUEBEC ONLY. 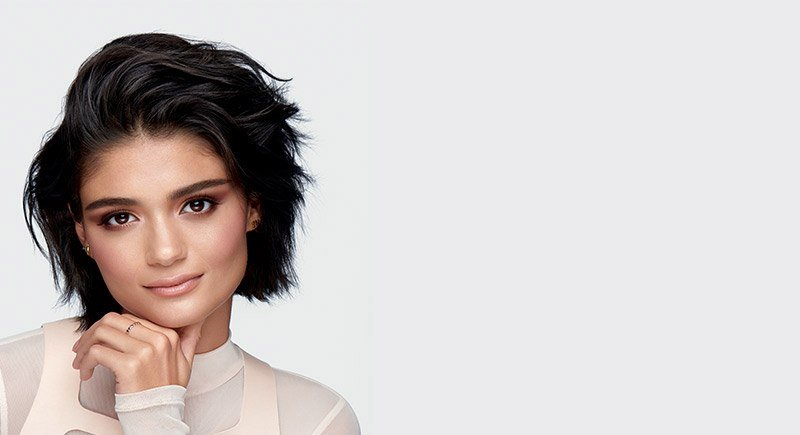 Always be the first to know about promotions and launches in our weekly newsletter! You can unsubscribe at any time