Free shipping with every order

Canada Post is experiencing delays that are beyond our control

Search anything by typing

THE CULT OF THE AUTOMOBILE

Few consumer goods inspire as many feelings as cars do. A flagship of 20th-Century industry, the automobile has always been a symbol of freedom, power and prestige. From Ford’s Model T to the Tesla S, from the Love Bug to the Batmobile, our lives are studded with unforgettable cars.

Whether it’s an object of desire or responsible for the greatest challenges of our time, the automobile leaves nobody indifferent. After fire, the wheel and penicillin, few inventions have had such an impact on the life of man as cars have.

A History of the Highways

While the first internal combustion engine was built in 1860 by the Belgian-born Frenchman, Étienne Lenoir, it was the German engineers Gottlieb Daimler and Carl Benz, each of them separately, who built the first real cars in 1886 with the advent of the light, gas-powered engine (the companies merged in 1926 to become Daimler Mercedes Benz, now known as Mercedes-Benz).

Over in the United States, a certain Henry Ford not only “put America on wheels”, but also revolutionized industrial production by inventing the principle of the assembly line. Using this new method, he created the famous Ford Model T, assembling it at low cost, thereby making cars accessible to the middle class. He even offered his workers a wage that was proportional to the car’s price so that they could afford to buy one. 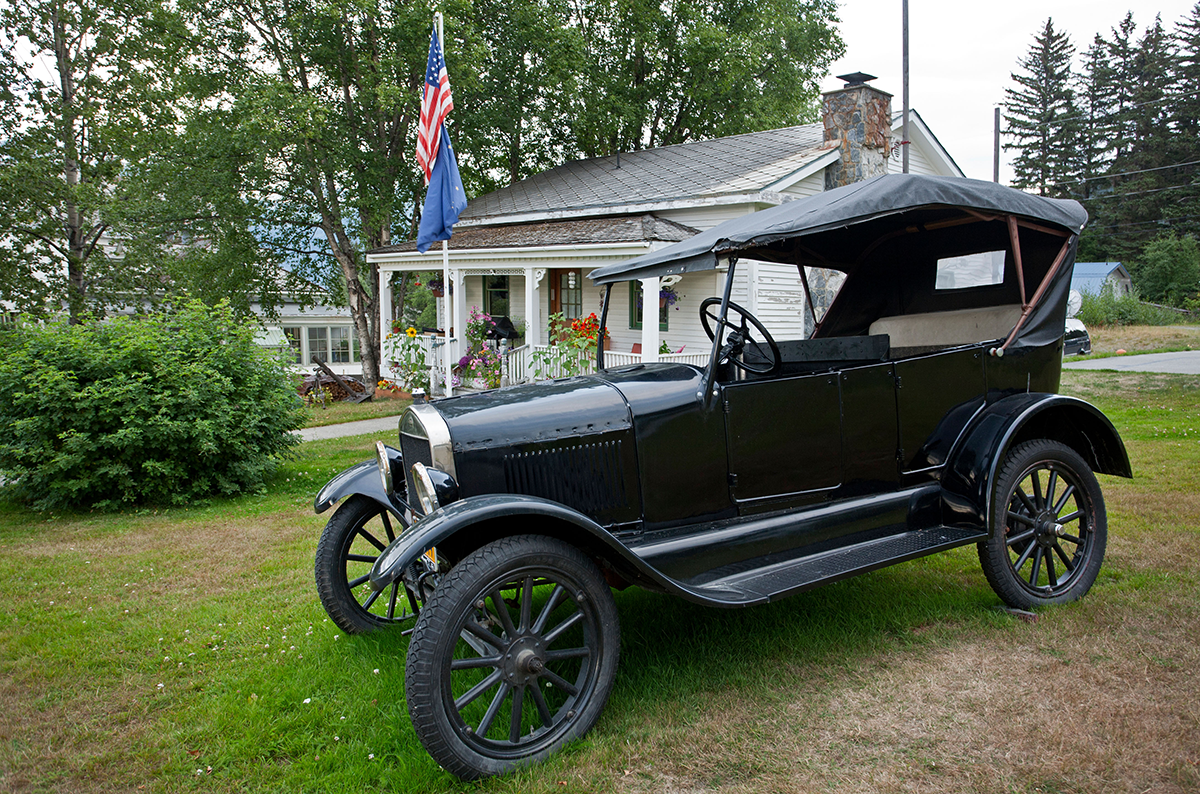 The Ford Model T, the car that put Americans on the road!

Despite the Model T, cars remained a luxury for the wealthy. It took the infamous “Black Thursday” that hit Wall Street in 1928 to compel the auto industry to pull out of the crisis by offering lighter, faster, safer and ultimately more affordable models. Manufacturers had to improve engines, redesign the bodies and interiors and simplify driving and starting. After the Second World War, with the post-war economic boom, worldwide car manufacturing rose from 10 million to 30 million cars between 1946 and 1975.

While large-cylinder luxury cars and sporty two-seater roadsters rolled out of factories, popular small cars enjoyed great success starting in 1946: the Volkswagen Beetle in Germany; the Renault 4CV in France, the Fiat 600 and 500 Lusso in Italy and Britain’s famous Mini. When the oil crises of 1973 and 1979 hit, people became aware of both our dependence on oil and the automobile industry’s environmental impact. The roads and highways of North America were transformed. The big, gleaming Plymouths, Cadillacs, Dodges and Chryslers soon had to share the roads with small, foreign-made, fuel-efficient cars, mostly from Asia, introducing Toyota, Datsun, Mazda, Nissan, Mitsubishi and other new names to American drivers.

The beginning of the 21st Century witnessed the emergence of electric vehicles, car-sharing and self-driving cars. Doubtlessly, the pursuit of aesthetic and technological perfection will continue to inspire many generations to come.

Spotlight on the car

The true cult of the automobile also comes in large part from its significant place in popular culture. Cars play a starring role in literature, film, music, TV and comic books. Taking us on adrenaline-charged chases, as the traveling companions of big stars in road movies or as the principal residence of hard-boiled detectives, here are some of the cars that have touched us:

• A 1972 Ford Gran Torino in  Clint Eastwood’s “Gran Torino”;
• Columbo’s indestructible Peugeot 403;
• Simon Templar’s Volvo P1800 in “The Saint”;
• The spectacular DeLorean of “Back to the Future”;
• The Mini Cooper in “The Italian Job” in 1969 and its 2003 remake;
• The modified Jaguar Type E hearse in “Harold and Maude”;
• All the modified cars in the “Fast and Furious” franchise starring Vin Diesel and Paul Walker (who in an unfortunate irony lost his life in a car accident);
• And, of course, James Bond’s legendary Aston Martin.

Here are the Top 15 American and European cars (in alphabetical order, since it would be too tough to rank them any other way!)

Because the sleekest Aston Martin ever made was that of Bond…James Bond!

The slightly neurotic British car makes the list because it managed to appear larger from the inside than from the outside! 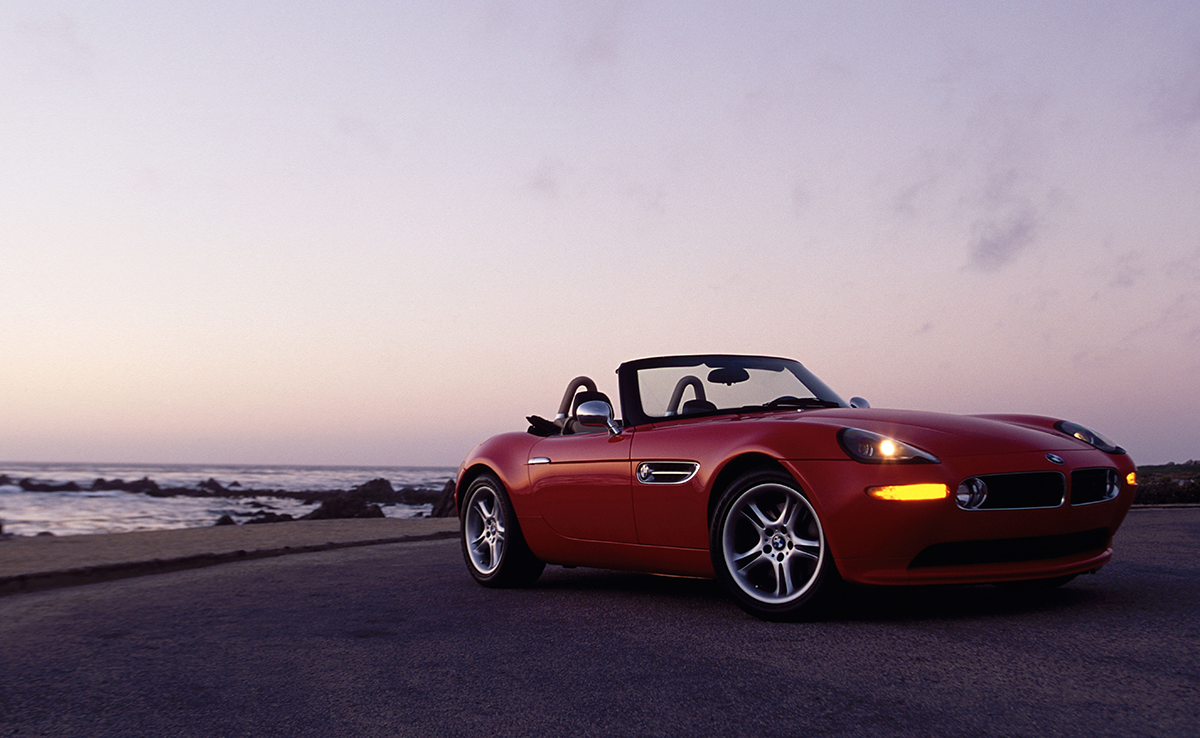 Manufactured between 2000 and 2003, it combines all the features of its big sisters, the Z1 and Z3, more in terms of aesthetics than performance. This is entirely normal as the truly modern version German-made icon, the BMW 507, built between 1956 and 1959, led James Bond to be unfaithful to the Aston Martin at the beginning of the new millennium!

Back in 1963, its split rear window gave it a futuristic look during the exhilarating years of the conquest of space.

With the legendary Made in France DS model, the car industry rethought design and comfort, manufacturing materials, safety and a lot more. Plenty of DS innovations were later borrowed by other manufacturers, such as power-assisted steering, front disc brakes, hydraulic transmission, swivel headlights and the famous hydropneumatic suspension.

The most legendary and coveted model from Ferrari, still as gorgeous and unaffordable since 1952. A car than can never be outdone!

The essential Model T, because its assembly line construction brought it the people and revolutionized industry and the economy. Not the hottest car on the block, nor the most comfortable, high-performance or most reliable, but this is where it all began.

For North American car fanatics, the Ford Mustang has been the symbol of freedom, the great outdoors, sheer power and driving pleasure since 1964. A symbol of the American Way of Life!

In 1966, it proved to the entire world that American-made cars could compete with Ferrari by winning the 24 Hours of Le Mans.

In 1964, it revolutionized the auto landscape with its performance, rounded design and bullet-like profile, all while giving off a sense of refinement. The most beautiful car ever for many car aficionados!

The first car to hit the road with a mid-mounted engine, in 1966, the Miura shot the Lamborghini name into the stratosphere of luxury sports cars.

A sport, racy two-seater from Mercedes-Benz in 1955. Its gullwing doors and aluminum body parts make it a favourite of car collectors.

Quite possibly the future of the automobile! This 100% high-end family sedan from Tesla Motors has been on the road since 2012.

It may have come from a request from German Chancellor Adolf Hitler to Ferdinand Porsche to create a “car of the people” (Volks = folks, wagen = car), the VW Beetle sold in the many millions all over the world between 1938 and 2003. From the classic Love Bug silhouette to the New Beetle beginning in 1998, it’s rounded shape remains one of a kind. 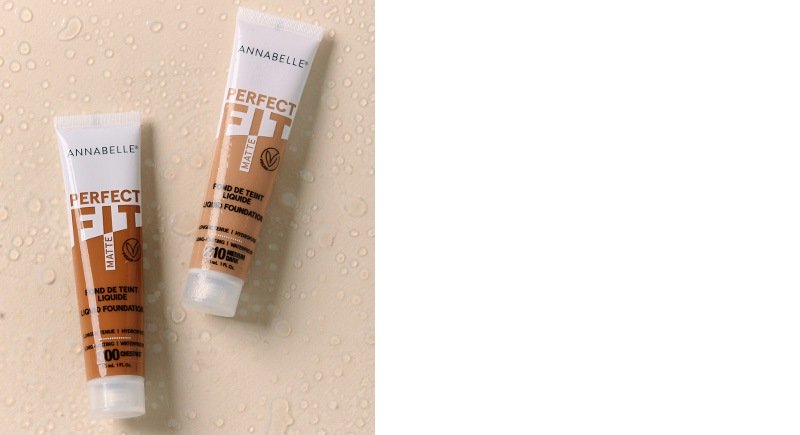 Always be the first to know about promotions and launches in our weekly newsletter!You can unsubscribe at any time